Get fresh music recommendations delivered to your inbox every Friday.

Voices From The Right Brain 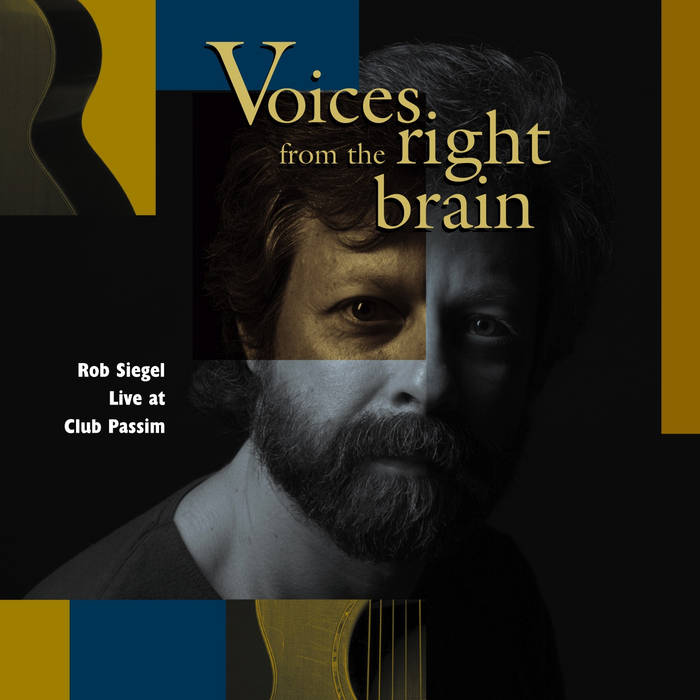 This is my 2004 CD, mostly a single live show at Club Passim in Cambridge with a few additional live tracks at the end. It was recorded as a reaction to my first CD, the response to which was often "it's okay, but you sound a lot better live." At the time, the only way I could figure out to fix that was to record myself live. There were only minimal edits, just careful mixing by Steve Friedman. I was, and still am, very happy with the way this disc came out. It's still a very good representation of what I sound like live.

From the original liner notes:

"It’s little surprise that those of us who are singer-songwriters do the singer-songwriter thing better than the recording thing. After all, you spend years learning how to interact with a crowd, establish intimacy, and sing on-key through a PA. When you get it right and try to record it, it’s alignment-of-the-planets stuff. You play perfectly, and someone drops a tray. Or the guitar is out of tune. Or the microphone placement isn’t right. So you go into a recording studio, take away the audience, the room, the PA, and all the other familiar cues of a live show and put the emphasis instead on technical perfection. But for many singer-songwriters, when you switch to this left-brain approach, you lose what you do well live and don’t gain back something of equal value. After several unsuccessful attempts in the studio, I decided to tempt fate and try recording a real show in a real room. The folks at Club Passim were good enough to give me a Friday night all to myself, and I was able to grab a lot of material. The songs on this CD were culled mostly from that one live show, with some bonus tracks thrown in from other Passim dates. After spending a lifetime being overlay rational about everything, it’s nice to know that I can let go, that my right brain can speak up, and that the voices say some things that make sense."

Rob Siegel is well-known in Boston folk music circles as an innovative songwriter who draws from his idyllic yet stressed- out middle-class suburban existence and produces memorable, intelligent, well-crafted songs.

His first new CD in 14 years, "A Landscape of Ghosts," will be out in April, with a CD release show at Club Passim on Monday April 30th. ... more

Bandcamp Daily  your guide to the world of Bandcamp